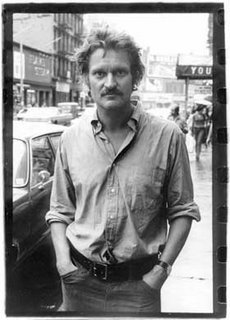 Ashbery says he just reread an essay by Auden in which the poet called the Oxford English Dictionary “his most treasured reading” and praised the language as large, yet lenient, noting how Shakespeare would invent new words simply by turning a verb into a noun or an adjective into a verb.

Ashbery is a longtime breaker of rules, but he has so far honored the boundaries of his own name. Ashbery remains just Ashbery, a proper noun, the last name of one of the world’s most admired poets. But why not pretend that the poet is an adjective, Ashbery-like, or a verb, “to Ashbery.” The poet even offers a definition.

“To confuse the hell out of people,” he says.

There is a comic book character named “Ashbery,” a teenage girl, I believe.

There is also precedent for distinguishing between John Ashbery and “John Ashbery” especially by scholars who understand the gratuitousness of the gesture but — as with Saint Joseph in the Yeats poem — like the way their fingers smell.