I was interested in reading about the 2018 Camp Fire in Paradise, CA because of experiencing the long-distance, air quality effects of several large fires (including this one) while living in the Bay Area. My connection to these events is only tangential. Even from the Bay Area, though, it was clear from the smoke and apocalyptic orange skies in 2020, that these massive fires were yet another terrible “new normal” we’d all have to live with. Even just being close to them was enough to make me want to learn more. 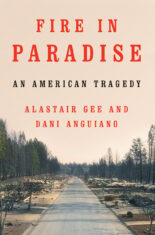 Of the two books I’m reviewing here, this was the first to be published and the first that I read. It was the shorter of the two, a little more than half as long with larger font. If it were fiction, it would be a thriller, moving forward quickly and fairly linearly. At first, I didn’t feel like I was getting to know people well enough, but that improved as we did follow a handful of people from before the fire through initial efforts to recover. Sometimes the author could have done more to help the reader keep track of who people were. Overall though, this was easy to follow and even the stories of individuals we only met once were deeply moving. Direct quotes made the stories feel very personal. I also appreciated the organization of the book into sections before, during, and after the fire. I most appreciated the afterwards section. While I’ve thought about how terrifying it would be to be in a fire, I’d not properly contemplated the challenge of going on afterwards. 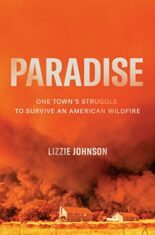 This second book read more like well-written, detailed historical fiction. Everything about this book was more detailed, from the individual stories to the maps at the beginning of the book. Small particularities brought each scene to life. The backstory we got for each person impacted by the fire was much more complete. Because this book told more stories in parallel, it was a little harder to follow. An index at the back was helpful, but was organized by last names and those weren’t always included after the first time someone was introduced. There were places where the content felt like a (better, more beautifully written) point-for-point retelling of a story from the previous book. I was pleasantly surprised that many stories were unique to this book though. Personally, the slower and more complete storytelling in this book was more to my taste, although I think each of these two books have their strengths.

To give you a specific example of the styles of the two books, here are some snippets of a story common to both.

Four miles east of Paradise as the crow flies, fire chief Matt McKenzie awoke in confusion at 5:00 am on Thursday, November 8. It sounded like rain hitting the metal roof of the fire station, but there was none in the forecast. It took him a moment to realize that it was pine needles being flung by a strange wind – not the usual intermittent gusts he was accustomed to hearing swoosh down the canyon, but a sustained, jet-engine roar.

For weeks, Captain Matt McKenzie had longed for rain. It would signal the end of wildfire season, which should have concluded by now, but November had brought only a parched wind. The jet stream was sluggish, failing to push rain clouds up and over the Sierra Nevada into Northern California. Since May 1, 2018, Butte County – 150 miles northeast of San Francisco and 80 miles North of Sacramento – had received only .88 inches of precipitation. The low rainfall broke local records. It was now November 8, and with three weeks to go until Thanksgiving, the sky remained a stubborn, unbroken blue. Plants withered and died, their precious moisture sucked into the atmosphere. Oak and madrone shook off their brittle leaves.

Ponderosa pine needles fell like the raindrops that refused to come, pinging against the fire station’s tin roof and waking McKenzie from a deep sleep around 5:30 A.M.

The post Books on the Camp Fire in Review appeared first on Doing Dewey.